Working hard for the Fire Salamander

The highly infectious, parasitic and until recently unknown skin fungus Batrachochytrium salamandrivorans was first recorded in 2016 in The Netherlands. This “salamander-eating” chytrid fungus – named after its host the fire salamander – has triggered mass mortalities of fire salamanders in Belgium, The Netherlands and more recently also in Germany. This fungus was probably introduced from Asia. Although this fungus is harmless for humans and has not yet been reported in Austria, the alarm bells are ringing nonetheless. The populations of fire- and Alpine salamanders along with all native newt species (smooth- and palmate newts, Danube crested-, northern crested-, Alpine crested- and Italian crested newts) are threatened by this skin fungus. This pathogen can survive in moist soil (and other materials) as well as in water and can therefore very easily be spread via these media. Frogs remain unaffected but serve as carriers of the pathogen.

The sampling of free-living adult fire salamanders and Alpine salamanders (Tyrol and Vorarlberg) involves swabbing with sterile pads. The ventral side and the undersides of the salamanders‘ feet are swabbed a total of 20 times. If possible, the animals are measured of photographed on graph paper, weighed and their sex determined. All animals are then released unharmed on site. The swabs are stored at 4°C and then analyzed using dublex-qPCR by Dr. Steve Smith (Department of Integrative Biology and Evolution") and his team from the University of Veterinary Medicine Vienna. After the sampling procedure at each site, the equipment (buckets, rubber boots, measuring instruments) are completely dried and disinfected in order to minimize the risk of potentially spreading Bsal.

This project was initiated by Schönbrunn Zoo in cooperation with Alpenzoo Innsbruck, Österreichische Zoo Organisation (OZO), Technisches Büro Florian Glaser, Haus der Natur Salzburg, Arge Naturschutz Kärnten, iNatura Vorarlberg, the Natural History Museum Vienna, the University of Veterinary Medicine Vienna, the Austrian Herpetological Society, and the Office of the Tyrolean Government (Department of Environmental Protection). It has been examining the possible infection status of Austrian salamanders and newts. The random sampling of Alpine und fire salamanders in Vienna, Lower and Upper Austria, Carinthia, Salzburg, Tyrol and Vorarlberg has enabled a preliminary assessment of the current threat posed by Bsal in Austria. Repeated monitoring efforts will be required to determine the long-term spread and impact of the fungus. 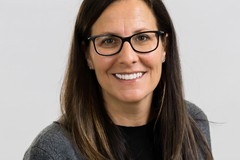 Dr. Doris Preininger, Project Manager:„In 2016 the first controls were conducted in Vienna and Tyrol. Thanks to the help of expoerts from other Austrian provinces, we could expand the monitoring and we could randomly sample the salamanders in Vienna, Lower Austria, Upper Austria, Salzburg, Carinthia and Tyrol. We are glad, that up to now, the analysis revealed no Bsal cases in any of the tested animals. Our evaluation is now being conducted on an annual basis.“