Originally, rainforests covered the entire area. Today, only one corridor of intact, natural habitat connects the coast with Sabah’s interior and enables wildlife to migrate. Unfortunately, the valuable woodlands are surrounded by more than 500,000 hectares of palm oil plantations operated either industrially or by small farmers. The degree to which this man-made landscape impacts species diversity depends strongly on how it is organized and structured after the initial interventions. Has a certain diversity of plants been maintained or have monocultures been established? What do the transport routes look like – are they simple trails or more like highways?

This makes it imperative to examine the nature conservation and species protection potential of the industrial palm oil plantations and to ensure that the new agricultural landscape has retained at least some of its original ecological function. Can the plantations still serve as a habitat or have they been reduced to lifeless cultural landscapes? The future of the orangutans and many other species depends on whether illegal logging and poaching in the strictly protected forests can be brought under control in the long term.

Schönbrunn Zoo supports the research and nature conservation measures of the Hutan project. In the framework of this project, the formerly intact forest stretches along the Kinabatangan River were restored in cooperation with the local population. Moreover, research is being conducted on how the restoration and maintenance of the damaged forest areas can promote species diversity.

Another focus is on observing and documenting the populations of orangutans and other endangered species. Topnotch education programs on the environment and sustainability are designed to convert the local residents into enthusiastic supporters and protectors of the highly endangered species diversity in Borneo.

The aim is to establish a showcase project and publish action plans that inform scientists, NGOs, industrial stakeholders and political decision-makers how agricultural landscapes can be transformed into robust habitats that accommodate both wildlife and humans.

The Hutan project is designed to increase the ecological resilience of the resident community in the lower Kinabatangan region. This will help reduce human-wildlife conflicts and promote the long-term survivalbility of endangered species.

This is how the zoo is supporting this project:
Financial support. The orangutans at Schönbrunn Zoo are ambassadors for their endangered kin in the wild. 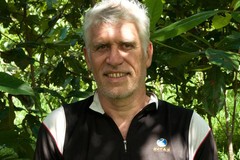 Dr. Marc Acrenaz, chief scientist of the Hutan-Project: "HUTAN initiated its community-based conservation activities in the Lower Kinabatangan in 1998. We are thriving to identify ways for people and wildlife to coexist peacefully inside and outside protected areas. The support we have received from the zoo community is instrumental to our success: not only for their financial and technical support, but also because zoos are an amazing platform to disseminate information. They encourage their visitors to operate the global changes that are required to conserve the species we are trying to save from extinction."