Putting an end to wildlife trafficking!

The value of illegally traded plant and animal species adds up to about 199 billion Euros per year. Trafficking may be lucrative for black sheep, but first and foremost it interferes with the conservation of endangered species. The Washington Convention on International Trade in Endangered Species of Wild Fauna and Flora (CITES) regulates the sustainable trade with animal and plant species listed therein, or their products such as ivory, caviar, feathers or wood. Whoever imports them without a CITES permit, becomes a smuggler.

At Vienna International Airport, two Wildlife Detection Dogs are used for luggage controls at customs – a highly efficient way of fighting illegal animal trade. Within a very short amount of time, the dogs are able to check large numbers of suitcases, without the need of them being opened.

As dogs have very good noses, it only takes small whiffs of the right scent. The detection dog alerts his handler to a  potential animal trace by quietly sitting next to a suspicious suitcase – a so-called passive indication. In that case, the item of luggage is X-rayed before customs officers open it, so they know in advance what to expect.

The Scent Detection Dogs working at Customs regularly train at Schönbrunn Zoo to recognize the scents of snakes, parrots and others. In doing so, fresh scent samples are paired with the dogs‘ favourite toys.

Around 5000 animal species are listed in the Washington Convention. We aim at stopping international trafficking.

Tip! Ignorance of the law is no excuse! Holidaymakers should steer clear of plant or animal souvenirs. Even if selling and buying may be legal in another country, the import to Austria may very well not be. Instead, you might rather take a souvenir photo or buy harmless artwork to take home. 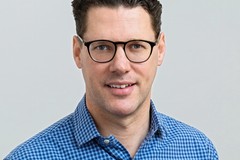 „Protecting endangered species is one of the core tasks of modern zoos. We support specialists of the Austrian Customs Authorities with our expertise, for example during seizures of exotic animals at Vienna International Airport, but also with training their highly specialized detection dogs. For this, we provide feathers or snake skins and the opportunity to train with scent samples of live animals right here at Schönbrunn Zoo.“