Tips for your visit to Vienna 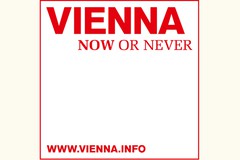 On the Vienna Tourist Board homepage you can find all the information necessary for your visit to Vienna: all the important sights at a glance, music, theatre and other event tips as well as information about eating out and nightlife. You can also look up and book hotels, get additional travel information and find out about the current highlights in Vienna according to the season. More information 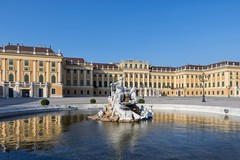 Schönbrunn Palace is a World Cultural Heritage site and Austria's most-visited attraction. The baroque artistic synthesis consisting of palace and gardens was for centuries the property of the Habsburgs and is today largely in its original state. Visitors will find numerous attractions here, ranging from a tour through the authentically furnished residential and ceremonial rooms of the Imperial Family in the palace, to the maze and the labyrinth in the gardens and a separate Children's Museum. More information 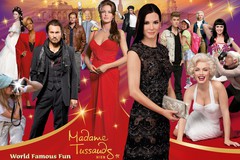 Madame Tussaud’s wax museum is one of the highlights in the Wiener Prater, Vienna’s amusement and recreation park. The various areas offer a journey across the history of Europe and allow the visitor to meet famous composers and painters, great minds, influential politicians and visionaries both past and present. The visitor can imagine himself to be a sporting legend or a pop star and can also peep behind the scenes in order to learn how wax figures are made. More information 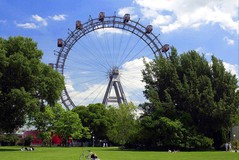 Visible from afar, the Giant Wheel is one of Vienna’s best-known landmarks and a symbol for the world-famous Wiener Prater amusement parc which is a special attraction for all visitors. A round trip offering a unique vista of the city of Vienna is an absolute cultural and architectural must. It was erected in 1897 to celebrate the Golden Jubilee of Emperor Franz Josef I. The Giant Wheel was then one of the largest of its time.You can purchase a combined ticket for both the Zoo and the Giant Wheel. More information 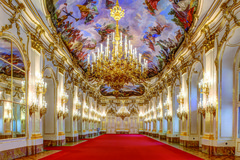 Here you will be spirited back in time right into Austrian Imperial history. Imperial Austria presents valuable information about some of the most outstanding organisations and institutions in Austria which represent the history of the imperial family and its accomplishments: from Schönbrunn Palace and Schönbrunn Zoo to the Belvedere and the Wiener Hofburg, the Imperial winter residence. You can also purchase online tickets for all these historical sites here, many of them at a reduced rate. More information 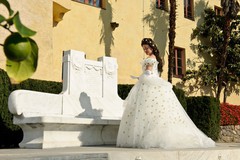 Follow in the steps of the Empress Elisabeth! In 2002, Sisi's Road was created in her honour. This is a cultural route leading to palaces and towns which played a major part in the monarch’s life. It leads to Bavaria, through Austria and Hungary, since 2004 through Italy to the Adriatic coast and since 2008 also to Switzerland. In Vienna Schönbrunn Palace and Zoo, the Carriage Museum, the Hofburg and the Imperial Furniture Collection (Hofmobiliendepot) are part of this route. More information